I’d like to introduce a guest blogger Bev Mattocks. I first discovered her blog about three months ago, only to find out that it was a blog-turned-book. I was able to read Mattock’s book, Please Eat… A Mother’s Struggle to Free Her Teenage Son from Anorexia. It helped to see the struggle from the perspective of a parent, especially as my own parents have learned to deal with my eating disorder.

In the second chapter of my book Please Eat… A Mother’s Struggle To Free Her Teenage Son From Anorexia I describe my pride at watching my 15-year son, Ben, win the 1500 metre race at the school sports day in July 2009. At the time Ben (who lives in the UK) was into a whole range of sports, not just running. Then, over the summer of 2009, his sporting activities got even more intense. He was swimming, running, and working out at a local gym every day – and more. With this came a whole new dedication to ‘healthy eating’, especially fat-free food. Ben quickly became an expert at slimming down recipes, cutting out the ‘baddies’ from his diet, and examining the nutritional content of food packaging in microscopic detail.

So at what point did it all go from being a proud mom watching her son evolve into a fit and healthy sportsman to being a worried mom who… well… began to notice that something wasn’t ‘normal’ about the way her son was behaving? When did the popular, confident Ben begin to withdraw from his social circle and devote most of his waking hours to exercise and ‘healthy eating’? When did he begin to develop curious rituals around food preparation and eating? When did he begin to lose weight?

It wasn’t until the end of that summer of 2009 that I was prompted to take Ben to see our GP. Ben went from being a big burly rugby player to being a skinny waif. But he wasn’t just changing physically; Ben was changing mentally, too. He began to experience extreme mood swings, deep depression, and violent outbursts. And, as he continued to lose weight, his increasingly distorted mind insisted that he was ‘fat’. Night after night he would sit in front of the TV, viciously prodding his skinny abs, astonished that we couldn’t see the ‘disgusting rolls of fat’.

Following the publication of Please Eat… I wanted to see how our story compared with the experiences of other families. The result was my second book: When Anorexia Came To Visit: families talk about how an eating disorder invaded their lives which was published this week and is available on Amazon and Kindle.

Although this book describes the experiences of 20 British families, there will be overlaps and elements that families across the world will recognise. Many parents will find themselves nodding their heads and saying “Me, too!” as they read about families undergoing similar experiences. Most of the young people described in When Anorexia Came To Visit developed an exercise addiction of some kind with their eating disorder. Like my son, it was a kind of purging, a matter of input and output: what went in had to be worn off with a punishing exercise regime.

It was the Easter of 2011 before my son finally got his exercise addiction under control. But it wasn’t until the second half of 2012 before he was truly free of his eating disorder. Today, in 2013, 19-year old Ben is well and about to leave for university. He avoids sport and is happy with his body. He still cooks, indeed he’s an awesome cook, but these days he cooks normal, balanced family meals. And all the terrifying eating disorder behaviours and obsessions have gone. You can read more in my book Please Eat… A Mother’s Struggle To Free Her Teenage Son From Anorexia which is available from Amazon.

Getting a son or daughter through an eating disorder is one of the toughest and most distressing things a parent will ever do. So I am immensely grateful to the 20 wonderful families that willingly volunteered to contribute to my second book When Anorexia Came To Visit. But, of course, I must also thank the young people themselves for demonstrating the courage, grit and determination to fight the eating disorder and win.

Being a parent is tough, but being someone who has fought to break free from this insidious illness is even tougher.

Bev Mattocks is the author of Please Eat… A mother’s struggle to free her teenage son from anorexia. Her second book When anorexia came to visit: Families talk about how an eating disorder invaded their lives has just been published, with a Foreword by Professor Janet Treasure OBE. Both are available on Amazon and as Kindle downloads. Visit Bev’s blog AnorexiaBoyRecovery here: http://anorexiaboyrecovery.blogspot.co.uk/ 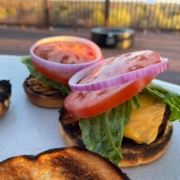 Facing the Stigma: Living with an Eating Disorder as a Man

Eating Disorders Prey on Men, Too

Rachael Recovered? Phases of the Eating Disorder and Where I Am Now
3 replies

If Dieting is Detrimental to Athletes, Why Did I Keep Doing It? Eating Disorders vs. Healthy Eating
Scroll to top