As I work on my second book this year, I’ve reflected a lot on the time in my life when I set out to find who I was (note, this is still changing/growing–at the time I was figuring out who I was outside of perfectionism and running).

I felt like my body was changing even though my weight wasn’t changing. I was at my heaviest, but it didn’t seem to matter as much anymore.

My mindset was changing without forcing it to happen.

I was enjoying who I was; bits and pieces of Rachael that had been buried under running and the eating disorder emerged. And that’s when I began to feel a different kind of beautiful. I felt I could see that change reflected in the mirror, even though it wasn’t my weight or appearance that changed.

I was happy, and it didn’t depend on what I did–it was based on the relationship I had developed with myself and others.

The people I surrounded myself with saw the potential I had. They saw something in me before I ever saw it. It wasn’t praise and comfort that I got; I just had others who liked being around me, and I felt an eagerness to learn more about them and what other things life had to offer.

It was the most wonderful, exciting, and terrifying few months of my life—leaving a world I knew so well (running and the eating disorder) for one that offered a glimmer of hope, but with no promise of “success” and happiness as I had known it. It was a leap of faith after a glimpse of excitement and curiosity at what lay ahead of me.

I can’t say exactly how it all happened here (maybe that’s why it’s taking a whole book to explain it), or how you should do it. Everyone’s journey to recovery is different. But I do know that it requires courage and stepping outside of your comfort zone. It requires doing something different, maybe even a little daring.

I say this to encourage anyone else who may feel on that cusp of doing something different, to do it–and that the “discovery” journey in itself is another part of recovery that can be a rollercoaster. But it was so worth it, and so enlightening.

Someone pushed me into the unknown– 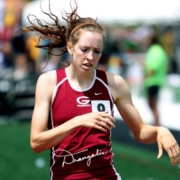 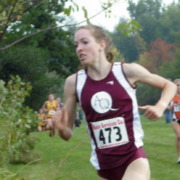 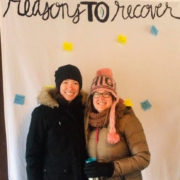