Olympic trials have always had their fair share of controversies and dramas, dating back to the early 1900’s and the spectacle of Nazi Berlin to more recent media frenzies surrounding Simone Biles’s 2021 withdrawal. This year is no different as young Russian figure skating prodigy, Kamila Valieva was plunged into scandal following a positive drug test as well as more recent stories highlighting her series of falls in competition resulting in a media explosion exploring the cruel treatment by coaches during her heartbreaking moments of public anguish.

Many critics, including International Olympic Committee President Thomas Bach have derided Kamila’s treatment as “disturbing, cold, harsh and chilling to see.”[i] Numerous media outlets have framed this tragedy as yet another “confrontation between Russia and international institutions,”[ii] that has reignited debates regarding possible age limits for Olympic competition.[iii] 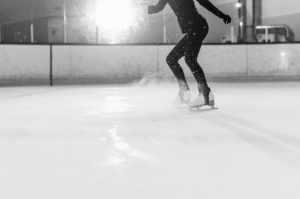 Not the Exception, But the Norm

Although the horrors of Kamila’s abuse justify the widespread public outcry, the framing of this tragedy as an extreme and unusual circumstance could not be further from the truth. Kamila’s scandals are frequently discussed as a phenomenon restricted to Russia or as an isolated incident involving a “few bad apples.” As a veteran dietitian, strength and conditioning coach and athlete who works in the field of eating disorders treatment, I can confidently say that Kamila’s experiences are not the exception, but have come to resemble the norm. Kamila’s coaches are not outliers, but rather, express the underlying themes emblematic of our current sport climate.

Memories are short in the time of hypermedia and COVID, but it was only three years ago when runner Mary Cain published her New York Time’s Op-Ed detailing the abuse she and her teammates endured during her tenure at the Nike Oregon Project.[iv] Last year, star gymnast Simone Biles was the target of widespread attacks after her withdrawal from Olympic competition for mental health reasons, which prompted accusations that she was “weak,” “a shame to the country,” and another example of why conservative critics feel we are “raising a generation of weak people.”[v]

Despite these disparaging remarks, one might wonder how weak these athletes are in reality? In 2018, stories divulged during the trials of sex abuser Doctor Larry Nassar involved thirteen former U.S. gymnasts and three coaches, who described a “win-at-all-cost culture rife with verbal and emotional abuse in which girls were forced to train on broken bones and other injuries,” while experiencing ongoing sexual abuse.[vi] Given the severity of these incidents, we would assume that these news stories might have proven that athletes breaking down mentally and physically was, not a sign of weakness, but instead epitomized the resilience of traumatized athletes struggling to survive in brutal, heartless environments.

A Means to An End

Given our nation’s love affair with sports, one might wonder why we treat the athletes we often praise with such cruelty and disrespect? Instead of advocating for increased safety or support, countless powerful institutions such as the NFL and USA Gymnastics attempt to silence controversies with teams of lawyers to prevent the public from hearing stories of abuse and neglect. From my research and experience, systemic changes fail to occur because the spirit of sport has fundamentally changed in the last decade. Sport is no longer experienced as a joy or activity in itself, but rather has become a means to an end.

In sharp contrast to the past, sport’s aesthetic, creative play, teamwork, and the beauty of movement have been reduced to pure calculation and metrics for competition or the spectacle. Gone are the smiles of those engaging in an activity central to our humanity. In its stead remains an overarching cold, inhuman complex, dominated by capital that conceives of humans as imperfect machines to be deconstructed and reconstructed for the sole purpose of optimization. Good sportsmanship and recreation have been replaced with pure instrumentality and a ruthless social Darwinism resembling the brutality of unfettered laissez-faire capitalism. Athletes are no longer considered people first, but rather, are experienced as commodified objects to be cultivated, produced, marketed, traded, and sold, until they are no longer of use and are to be discarded. It is no wonder that research indicates athletes are two to three times more likely to develop an eating disorder compared to the non-athlete population.[vii] How can one care for oneself if the world and culture view you as merely grist for the mill?

Winning At All Costs

Every day, my practice is filled with young teenagers dying to win, starving and exercising themselves to the point of hospitalization due to fear that they might not have what it takes to be the best. Every day, I talk to exhausted, burnt out, anxious, depressed children and adolescents who wake up at the crack of dawn to face yet another grueling day of classes, tutors, trainers, coaches and homework to be completed with excellence, to obtain the achievements needed to win the varsity slot, and the college resume arms race needed to get ahead. Children and adults alike have taken the message to win at all costs to heart, and the cost has become clear. We are sacrificing an entire generation of children and varied expressions of sport for money, social capital, advertisements, and perceived social advancement. These results have become normalized in a society that appears to be transforming into an increasingly ruthless, callous, competitive culture of resentment.

Despite these ominous signs, one might wonder however, if there are alternatives. It is often said that success leaves behind valuable clues. Norway’s dominance in the recent winter Olympics demonstrates that there might be another way forward for the future of sport. Instead of the nasty, draconian sports regimes that dominate today’s landscape of competitive sport, Norway has instead adopted a program entitled, “Joy of Sport for All.” Eschewing early specialization, Norway has instead shifted the focus on participation. Children and adolescents engage in a wide variety of sports where scoring and ranking are de-emphasized in favor of promoting a “positive experience every time they participate in sport.”[viii] Coaches in this system unite with athletes to collaborate as mentors and “less as dictators.” Despite conservative critics condemning such approaches as “weak,” it appears Norway’s results speak for themselves. Instead of focusing solely on the end product, Norway hopes that this model will also help their athletes develop as citizens. Norway’s paradigm exhibits a potential for a different type of sport experience that may have lifelong advantages without sacrificing the capacity for competition or achievement.

As Kamila’s teammate Alexandra Trusova left the ice Thursday night, instead of embracing her coaches for solace and comfort, she could be heard crying, “I hate this sport,” shouting at the rink, “I won’t go onto the ice again.”[ix]  We do not have to accept this outcome as par for the course or a hazard of the job. Perhaps it is time to take a page out of Norway’s playbook and re-evaluate the manner in which we approach sport globally.  As renowned anthropologist David Graeber once said, “What’s the point if we can’t have fun?”[x]

What I Learned as a Collegiate Runner Majoring in Dietetics (Guest Post by Maggie... 5 Things Coaches Should Avoid Saying to Adolescent Athletes