This post was updated 3/2/2021 to improve the writing and readability. I’m still a bit of a perfectionist. :)

I entered college anticipating a chance to start over.

It was a chance to bring out the person I had always felt had been trapped inside. I left high school as a depressed, eating-disordered, running-consumed, people-pleaser perfectionist who found out, upon entering college, that I still couldn’t let it all go.

I didn’t know how to let it all go.

I reached my dream in running with school records and All-American finishes as a college freshman. But it was then that I realized this was not as fulfilling as I had hoped it would be. As everyone praised me for my efforts, a yearning to go to extremes haunted me in the loneliness of the disorder.

After the Highs Came the Lows

I faced reality after that dream-come-true year of running. Going from a judgmental, glory-driven athlete to a humbled, scared, bingeing girl stripped of her running “superpowers” was to face my greatest fears. It was a life without my control of food or success in running. I realized I could be more than just running and food.

I had to be more than just running and food.

Writing gave me a voice at last despite anxiety and shame in sharing it. My eyes opened beyond my own fears to see how many others dealt with similar struggles.

I found that I could be more than the food I ate, the amount I weighed on the scale, the schedule I dictated myself by, and the times I ran in races. I began to open my mouth not just to eat, but also to speak with confidence and enthusiasm. I realized how painful and frustrating it felt to run in silence. 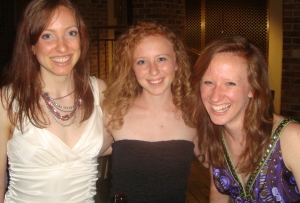 I am graduating college with a surgical scar tracing down my right knee that tells a story, not of physical pain but of emotional rebirth. A comeback was never about racing after breaking my kneecap, losing weight again, or achieving All-American. It was about learning to be the best Rachael I could be under the strain of every fear that became my reality. I graduate now with extra “meat on my bone,” a body that has carried me through it all, and a mind that could endure more than I ever expected.

Rules could be broken–like when I slept on the college soccer field for my twenty-first birthday; when I decided to not complete a school assignment for the first time in my life; when I got my first-ever C on a test; and when I decided that enough was enough with running to quit competing because the sport was taking away more than it was giving back.

That it was my turn to give back.

I graduate having enjoyed all-nighters, and feeling peace in sitting with myself instead of guilt for “wasting” time. I graduate having met amazing classmates that helped me to see beyond a world of running and food.

Today I graduate knowing that the desire to be the best runner was not what would make me feel more fulfilled; that the “right” food would not bring out the real Rachael; and that self-discovery is painful, but it forced me to face myself at last.

I graduate knowing I am privileged and lucky. A big part of my success is from the people I am surrounded with. I was supported by a community of running and writing friends, and professors and classmates who encouraged me to share my pain through writing.

I was rooted on by coaches and parents who believed in my potential to be a great person, not just a great runner–and everything beyond perfection. 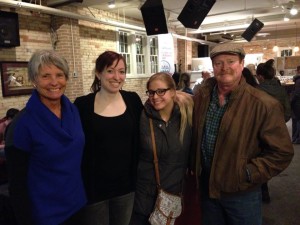 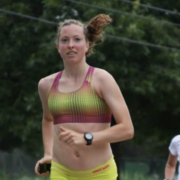 Time to Change: Adding New Food to My Diet 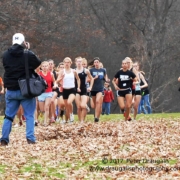 A Runner’s Life Without Running in Eating Disorder Recovery