Running in Silence reader and eating disorder survivor Sara Brekke made the bold move to share her story with the hope that it would encourage more of us to find ways to stop running in silence. She says, “I am thankful that I have gotten to a place of recovery after all of these years to be real not only with others about the illness, but with myself.  More than ever society needs voices to speak up about eating disorders and mental illness as a whole to better our understanding of other individuals and the disease.”
You can read her original post at sarabrekke.blogspot.com.

Posting this is terrifying.

Like, I was driving home from Madison by myself on a mild March day not too soon after getting my license when mother nature decided to unleash a spontaneous snowstorm. Before gathering awareness of the elements, I fish tailed off the road. After regaining control, I continued to drive at a measly 15 mph on the highway, but kept losing traction and decided it wasn’t worth it to keep going. I pulled into a side road, fully prepared to sleep in my car for the night–just as an ambulance came roaring by with its sirens blaring, soon followed by an oncoming car spinning completely off the road. The trip took three extra hours, but I eventually made it home crying tears of relief as I pulled into our driveway.

Posting this is still scarier.

Once on a long run in the quiet countryside I was threatened to be shot by a man inside of his house for no reason at all as I passed by. I never saw him, and he didn’t follow through with the threat (thankfully), but my pace picked up drastically and I was paranoid of every car that came up behind me for the next 10 miles.

Posting this is still scarier (okay, maybe only in hindsight). 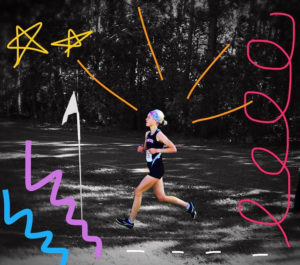 The thought of sharing this seven-year account of my mental health was impossible even two months ago. It was still a large open wound–bleeding and painful with every step. Recently, though, in these first couple months of 2017 I have reached a place in which I am able to share this information. The wound is still far from healed, but I have at least found a Band-Aid to reduce the danger and vulnerability of it.

Most of my life has been dictated by mental illness. This is something I have never shared with people and have largely tried to deny to myself. I’ve always been a proponent of breaking the stigma of mental illness, but I’ve never actively done anything to contribute to the cause, which is part of the reason behind writing this.

In sixth grade, at the way-too-young of age of 12, I was diagnosed with an eating disorder: anorexia nervosa. Looking at my cousins who are this age today, I am nauseated to think that I was that young during the height of the illness. What started as a conscious reduction of the amount I was eating to compensate for cross country ending, led me to being in the doctor’s office only four months later during the spring of 2011 with an extremely low resting heart rate. My fingers were purple with a lack of blood flow, I shivered in 70 degree weather with long sleeves on, my hair began to fall out, and I could see bones that most people don’t even know reside in their body. I was in a very dangerous situation, being told multiple times that my heart was at risk of stopping and that inpatient care was in my future. I was medically banned from all physical activity, leaving me on the sidelines in gym class and track, and my new routine consisted of seeing my primary care doctor, a nutritionist, and a therapist each week. When asked why I missed so much school and why the school’s top distance runner couldn’t do track I would answer with “There’s something wrong with my heart,” which wasn’t entirely false, but also nowhere near the truth. 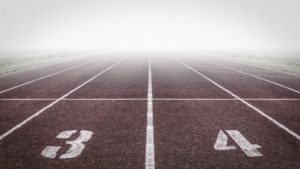 How does running play into this? After all, it’s not a huge shocker. The typical story of the top runner believing they need to be thinner to run faster, right? Not in my case… I did not have an eating disorder because I ran. In a large way, I ran because I had an eating disorder. My love for running has always remained and the joy I get from challenging myself and seeing the world through running is something that will never end, but it would be dishonest of me not to say that for much of my career, running turned into a way to burn calories more than to become a better runner. I now know that I was never running to my full potential because of my low body weight and refusal to fuel my body correctly both daily and before races. My body wasn’t worried about getting faster and competing. Hell, my body was conserving every ounce of energy I gave it just so I could survive. I have been in denial of this.

“I just really want to go for 5 mile runs as my pre-meet!”

“Yeah, I know we just did 4 miles of speed work and I ran this morning, but I could still really use a three mile cool down…”

The thing about disordered thoughts is that the person experiencing them doesn’t know that they’re disordered. That sounds like an obvious statement, but if that’s the case, why do we tell people with eating disorders that “they just need to eat more”? (Derp dee derp. Huh, thanks for the suggestion, I never thought of that!). To understand mental illness, one must understand that the brain does a superb job at making incredibly rational and intelligent people act like they got hit in the head with a coconut. It’s also important to note that the longer somebody goes without being treated, the more and more irrational one becomes and the longer it takes to convince them of otherwise. Looking back upon some of the beliefs I held about myself, I am only now able to be see how irrationally I was thinking. 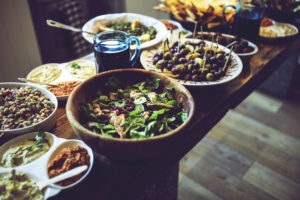 “Just eating a single M&M will make me gain weight and I then I can no longer consider myself ‘healthy.’”

You cannot ration with somebody who thinks irrationally, you can only try to understand. These thoughts and beliefs may not leave my mind completely, and I know that I still have a long way to go, but on my road-trip to recovery, I have at least started the engine and gotten on my way. To reach my destination, I know I will run out of gas, probably blow a tire or two, I must ask a few people for directions, and cry and punch my steering wheel because WHY CAN’T ANYTHING JUST BE SIMPLE?

Everybody has their challenges and struggles in this world. It’s important to acknowledge these hardships so we can better our relationships with other people and with ourselves, but it’s even more important to be able to acknowledge these challenges and not view the individuals that may be struggling as lesser than or different than before. I am still the same person I was at the beginning of this post despite you having this new information.

In the end, I’m still Sara. 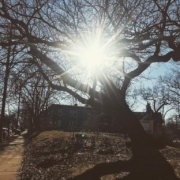