Before I told my mom about my eating disorder, any comments she made about my food or hers felt like a knife slicing through my chest. The eating disorder twisted her words to make them sound like a jab at me. The comments could be about how much I ate, what kind of food I was eating, and how full she felt.

I know that my mom was not trying to be cruel when she made comments about my food. My mom just didn’t understand the impact these comments had on someone with an eating disorder hissing through their mind. But the more I opened up to her, the more I was able to voice my concerns about these triggering comments. In turn, she learned to avoid the triggers as I worked through recovery.

When I first told my mom that I might be struggling with an eating disorder, I saw that we were both just as inexperienced and confused about what an eating disorder meant. That made it hard to know where to go or how to work through it together.

My mom and I had many talks about what comments were especially tough, and why. She was willing to listen, support, and make adjustments to be there with me through it. She researched eating disorders, attended meetings for parents/peers supporting someone with an eating disorder, and agreed to read some of the eating disorder books I’ve suggested to her to help her understand (including, recently, a graphic memoir called Inside Out: Portrait of an Eating Disorder by Nadia Shivack, which I highly recommend). 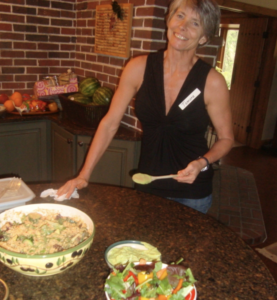 Over the next year since telling my mom about my eating disorder, she listened to me for hours as I spilled out my doubts, fears, and new insights. She allowed me to open up more than ever before. I have become more of myself through this journey because it forced me to be as truthful as possible about my feelings–something that I feel like I am doing for the first time in my life. I have never felt more like Rachael, even as uncomfortable as I am in my body.

What the Eating Disorder Gave Me

There are large parts of the relationship between my mom and I that have strengthened. Her comments, although initially tough for me to handle, did not make her a bad mother. They forced me to be honest and open up to show her how I really felt. I finally felt comfortable enough to speak. And it was my mom who made herself available to listen without judgment and with a willingness to learn.

Mom Speaks: Her Thoughts on My Eating Disorder Journey 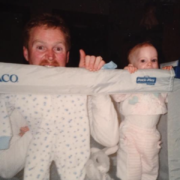 Guest Post: Lize Brittin’s Anorexia Recovery as a Runner Part 2 A Father of Food: My Dad Dealing with the Eating Disorder