Binge eating does not forgive. It does not replenish the athlete after one episode. The hunger and loss of control will feel so intense, so unlike their previous calculation of calories and measured meals, that an athlete may feel that their body is not properly equipped to eat food normally. This, in turn, can cause even tighter eating regimens. One may often restrict their calories or food groups repeatedly just to feel a sense of “normalcy,” to “fix” their problem. They struggle to eat as others do, only to experience the intense hunger yet again.

It’s a raging hunger, though reasonable given a restrictive eating past.

Binge eating was not recognized in the Diagnostic and Statistical Manual for Mental Illness (DSM) until 2013. That was nearly two years after I realized binge eating was exactly what I was dealing with as a collegiate athlete. Struggling with something without a name made me trivialize my struggles. I often thought, “I just have no discipline,” “I wasn’t starving myself before, so I’m just being a baby,” and, “I’m just obsessed with food.” I thought that no other runner would “lose so much control” in a world of discipline, willpower, and mental strength.

The binges left me feeling guilty and ashamed. I also physically struggled to adapt to my new shape and weight. I wondered if I could only be happy when I was thinner and faster. I struggled with the loss of identity as a thinner runner. I believed my “lack of control” was a lack of “discipline” and “willpower.”

Suffering from an injury from malnutrition is just one part of many disappearance stories. Struggling with emotions and the bingeing that may accompany a loss of running is another part that needs to be addressed. This will not only help those who feel they are suffering alone in their experience, but it can also help coaches to realize that this isn’t about how small someone appears.

We need to talk about binge eating because it is such a common aftermath of having dealt with anorexia. We continue to focus on how athletes get injured and “just disappear.” Let’s talk about where they “disappear” to. We must bring binge eating into the conversation. It’s time to show eating disorders in sports beyond anorexia, and that any athlete deserves help–especially when they seemingly “disappear.”

Left in the Dark

A healthy weight does not always equate to success and recovery. It does not always mean the sufferer is “well” again. We are failing athletes by only “looking” for eating disorders in the thinnest appearance.

Without this narrative, we are leaving many athletes in the dark. Athletes feel alone, ashamed, and afraid to speak out about behaviors rarely discussed. They often fear that exposing their weight gain at the hands of what they see as overconsumption of food will only spur comments about lack of discipline and willpower. This is a stigma society often associates with additional weight. This can be frustrating for athletes who have an incredible amount of discipline and willpower to train as they normally do.

Without this narrative, sufferers are confused about their own bodies, ashamed of their predicament, and left running in silence. 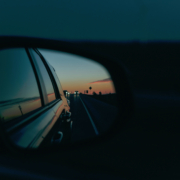 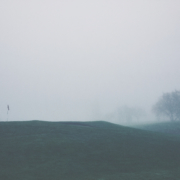