It was one of many tragic stories. I worked with a two married producers on a short sports doc and asked if they had another film topic in mind. It turned out they had a daughter who was into competitive cheerleading and was removed from the squad when her new lift partner could hoist her up. She asked the coach what she could do to get back on the squad and his suggestion was “Why don’t you lose 5 pounds?” As you can probably guess, that moment spiraled into an eating disorder that spanned several years and eventually took her life. They’ve spent years speaking on the topic on college campuses.

Doing some cursory research, I was surprised how little there was out there in the way of eating disorders and sports information and materials. There are articles here and there and some scholarly work, but virtually nothing in the documentary world. With the amount of attention paid to concussions in recent years, this seemed like a similar situation – a problem that was generally known about, but not given the attention it deserves.

Why Don’t You Lose 5 Pounds? Teaser from Through A Glass Productions on Vimeo

Did you ever play sports? Had you known of anyone battling an eating disorder as an athlete before you started this project?

I played sports recreationally growing up. A lot of soccer and baseball. I tried out for a couple high school teams, but by that point the drama and band groups had most of my young, nerdy attention. My family has always been big into sports, though. Football has an important, almost ritual place in our lives and my brother-in-law plays baseball professionally so we spend a lot of time watching that.

Other than the story I mention above – and the many stories I’ve encountered since then – I wasn’t aware of any athletes battling an eating disorder before. Now I’ve heard a lot of stories from people I know and people I’ve met.

What are your goals for the documentary?

My goal first and foremost is to provide something that gets athletes, coaches and fans on the same page about the increased risk of eating disorders in sports. It’s too complex an issue to say “if you do this or don’t say that, the problem will be solved.” But if athletes can feel comfortable speaking about their struggles instead of hiding them or “powering through” them, and if coaches are then receptive to these conversations, and fans realize mental issues are something to contend with same as physical injuries – these things would create a much better sports world. 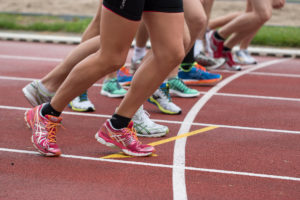 What has the timeline looked like so far with this documentary?

Slow but steady! We’ve been developing a very rewarding relationship with McCallum Place, which is the home of the Victory Program. There’s really not another program for athletes like it in the country. They’re dealing with people who have sports as a very large part of their identity and they don’t marginalize that.

At the same time we’re reaching out to some athletes who we’d like to appear in the documentary to give their perspective on the issue at all levels. This affects athletes in the elite levels, in college, high school… even younger.

How has Nancy Kerrigan (Olympic SilverMedalist) been involved?

Nancy got on board early on in the process as an executive producer. She’s been invaluable. Not just the publicity from her involvement, but also her perspective as someone who’s both competed at the highest levels of sport and is a mother to budding young athletes.

Where would you like to see this documentary go?

I’d like it to reach as wide an audience as is interested in seeing it. I want it to be something that sports fans will seek out and watch. I don’t want this to be something you’d have to be forced to watch in a health class.

The only way this film is moving forward is with support from people who want to see it get made!